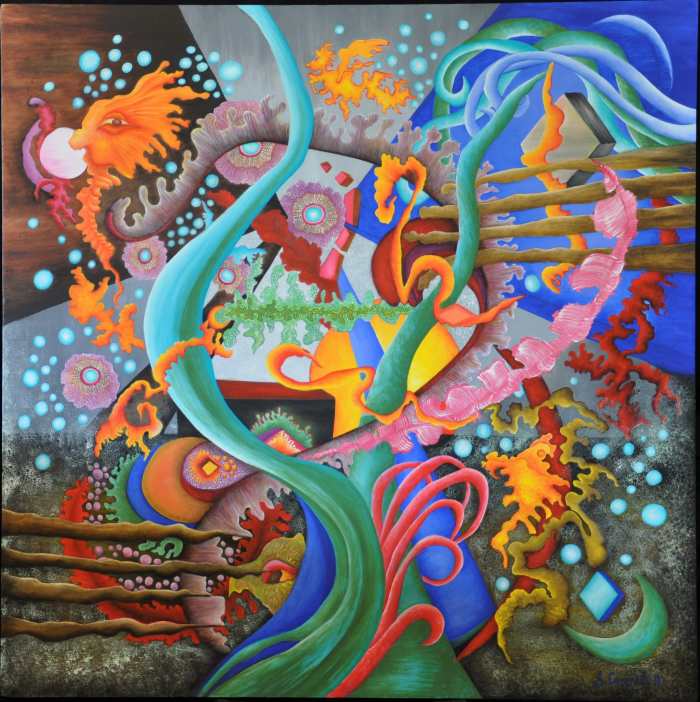 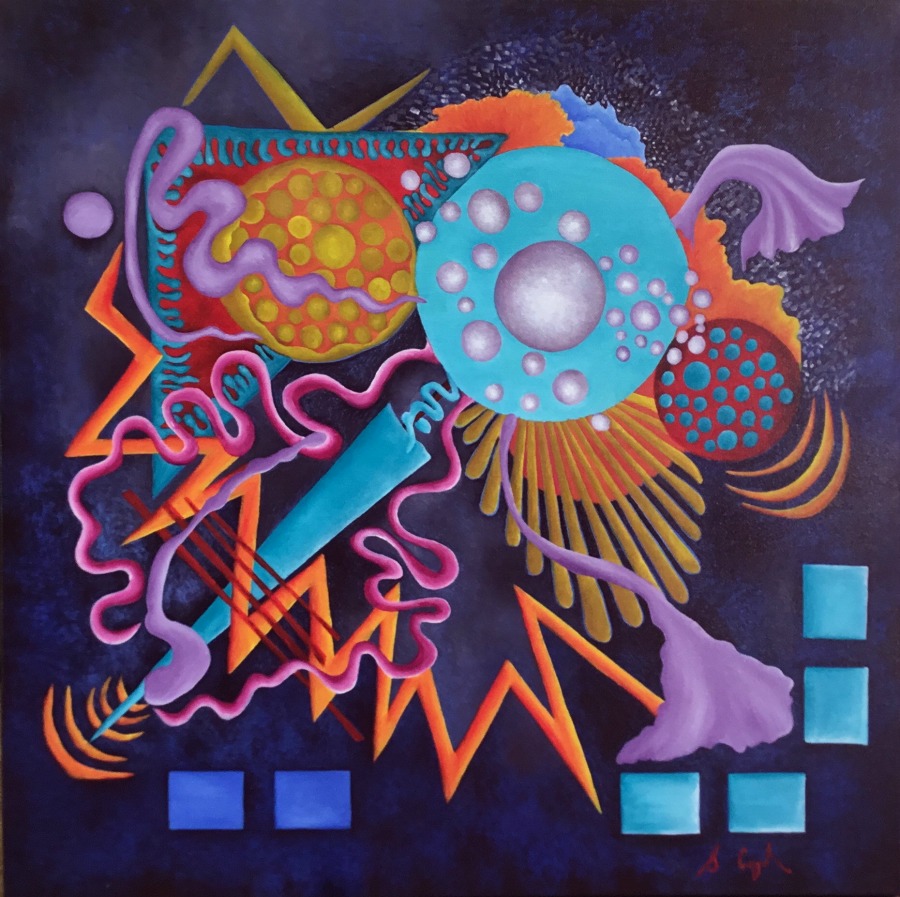 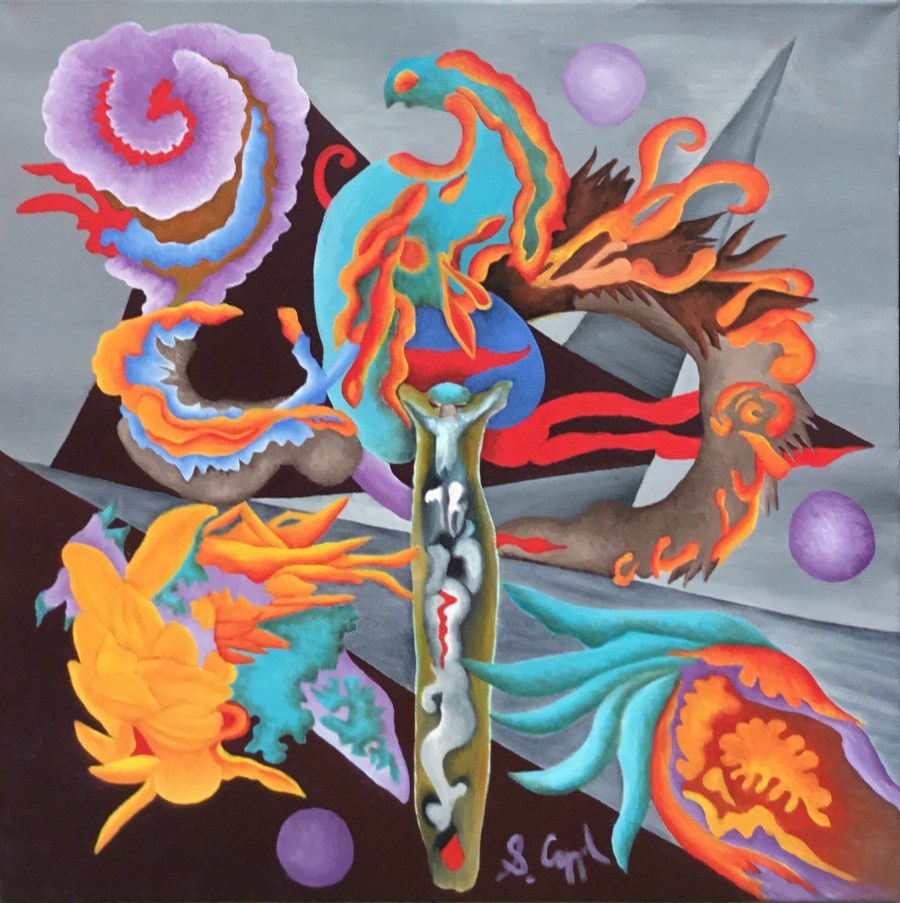 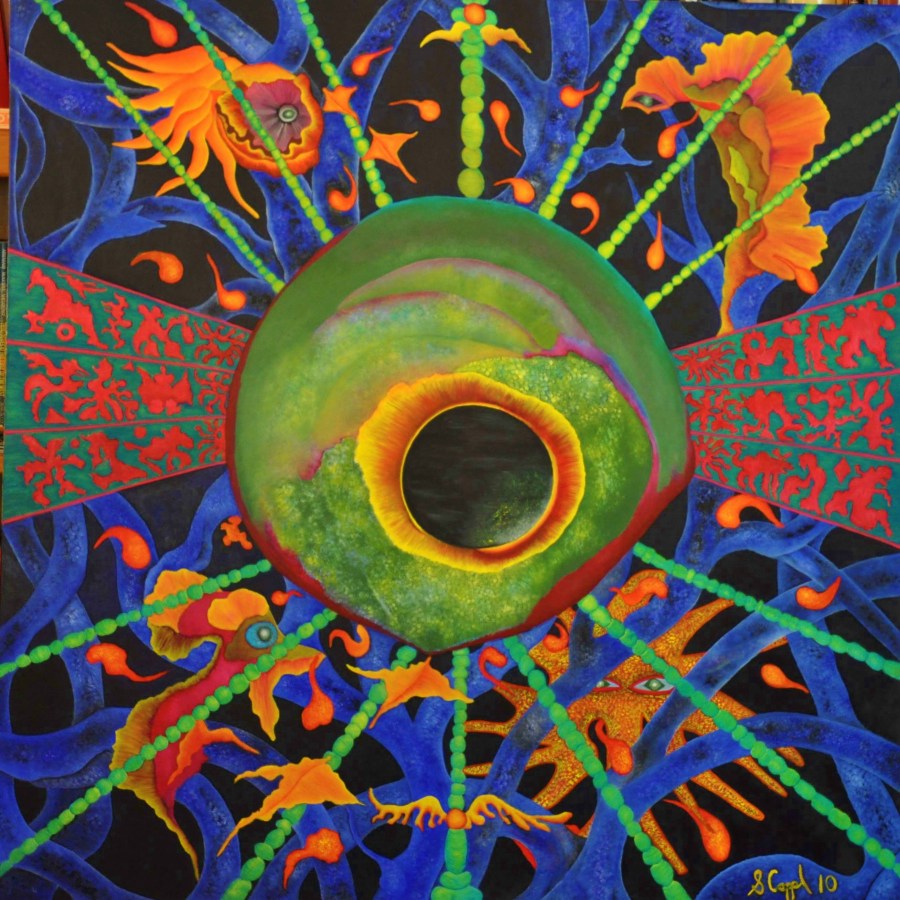 My work has taken many forms over the years. Drawing, printmaking with lino, woodblock and silkscreen, painting on silk, gouache and ink on board and even wearable art. These days I work in acrylic or oil on canvas.

Throughout much of my work there have been recurring themes and influences. I am inspired by he paintings and theories of colour and form of Wassily Kankinsky and the compositions of early Netherlandish flower paintings. I have a great interest in Natural History especially sea creatures and microscopic forms such as algae. I am fascinated by early Natural History drawings especially those that show creatures we now know do not exist such as antlered rabbits and dragons. I am particularly attracted to images that contain or can be imagined to contain mythic elements for example the algae Micrasterias that is reminiscent of an ancient mask or the Elephant’s Trunk nebula that looks like a giant hare racing through space.

Based on organic forms, real and imaginary, my work is more concerned with ideas and tapping into the imagination than it is with representation of the ‘real world’ thus there is no attempt to place these forms in context but rather to arrange them according to abstract principles. I bring into play shapes and colours that inhabit different parts of the picture plane and interact with each other. This interaction can create a painting of deep mystery that cannot be entirely predicted in advance and a the artist I often feel as if I am merely a channel through which energies flow rather than being in total control of the process.